How to engage students and get them to listen Children are naturally inquisitive and willing to learn, but they're also easily distracted by their friends and other things going on around them. The first part of that phrase is good news for teachers, but the latter is where problems end up developing in the classroom. It's all too easy for teachers to become frustrated and aggravated when they can't get the attention of their students, but the good news is that there are solutions available that can help you take control of the classroom, whilst also keeping the students engaged for the entirety of the lesson.

The first step in the process of getting students to listen is to establish a routine that lets them know that you mean business. Many teachers will repeat the same questions or instructions over and over again, raising the decibel level each time. This just tends to lead to the frustration mentioned earlier, whilst also often making the students just get louder and less attentive. In order to get their attention right off the bat, speak the question or instruction once, and once only, in a clear voice that demands attention. If you establish that you are not going to repeat the same thing over and over again, lazy listeners will quickly tune in for fear that they will miss out on what’s taking place in the classroom.

Another issue that teachers face is that some students switch off when a subject they don’t have an interest in becomes the focus of the lesson. When those children become disinterested, they will try to find ways to fill that time, which often means disrupting the class by talking to other students. One way around this is to find a way to go with a cross-curriculum approach that embraces a couple of different subjects into a single lesson. For example if you know that your students love lessons about science, but don’t really care about maths, look for ways to combine the two subjects in a way that makes them both seem interesting to everyone.

Children of all ages react well to rewards, but especially children in the primary school years. They are much more prepared to pay attention if they know that they will get a reward for doing so. Using stickers for correct answers is a great way to develop a reward system that makes the students competitive in a very good way. While there are those that would look at such as system as bribery of sorts, what they don’t realise is that the real reward comes with the children listening and absorbing what they hear in the classroom. Another strategy that really seems to pay off when trying to get students to pay attention is the use of hand signals. This method allows children to take an interactive role in the class, without all of them yelling to be heard above the others. An example of this is when you are teaching about an action that someone took in history. You might ask the children to “voice” their opinion by raising a hand or finger if they agree with the decision made. To make it even more fun, have students use colourful rainbow hand pointers to give their opinion. It’s a fantastic way to gauge the responses of the students in an orderly fashion, whilst also allowing shy, quiet children the opportunity to get their point across in a way that makes them feel comfortable.

Technology now plays a major role in the average classroom setting, with interactive whiteboards now commonly used. The great benefit of this particular application is that lessons can literally come to life a whole lot easier than chalk marks on a board can. Modern children are now used to spending some amount of time on computers, tablets, and other electronic devices, which means a traditional learning experience might seem dull in comparison. It’s now possible for teachers to get their hands on books and software that can be used to put together some great interactive lessons on an electronic whiteboard. Again, it’s much easier for students to stay focused and engaged when they are learning in a way that appeals to them and their interests.

Tip 6: Have activities for early finishers Another problem that teachers commonly face in the classroom takes place when tests or quizzes are taken by the children. There are always going to be children than finish a whole lot quicker than others, many of whom will become restless when there is quiet and calm in the room. Boredom can often lead to those children looking for an outlet of some kind, which often means pestering other students who are still in the process of taking the test. One way around this issue is to have some activities available for those students who frequently whizz through a test and finish early. There are books available to teacher that contain puzzles, fun games, and more, all of which can be given to students who finish early, helping to keep them active while the rest of the class works on the test.

While it may sound a little odd, one way to get children to pay attention is to actually give them a little time to talk. This is something that needs to be structured in a way that encourages them to listen, which can be achieved by giving the lesson and then asking one or two of the students in the class to repeat as much of what they heard as they can remember to their classmates. Since none of them will know when they are going to be called upon, the mast majority will listen to every word and absorb more of the lesson than they might ordinarily do. Those are just a few of the ways to get your students to pay attention in class while learning more in the process. There are all kinds of great tools and resources available that can help you achieve that, so try different methods until you land on the ones that prove to be he most effective for you and your classroom. 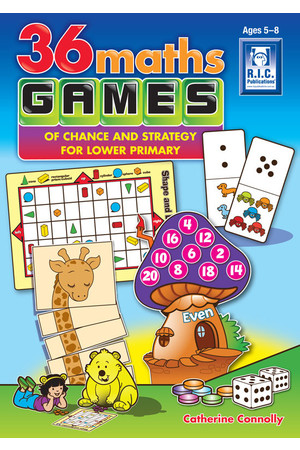